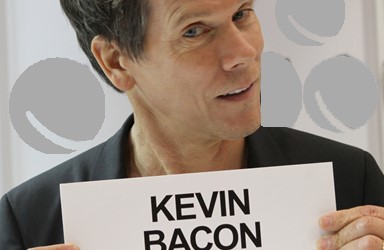 When Kevin Bacon visits Smile Grand Haven, there are 6 degrees of treatment that can occur if he is diagnosed with decay:

The earlier the decay is found, the more simple and cost effective the treatment can be.  In the coming weeks, we will share with you what to expect with each treatment option.  But in the meantime, below are the basics:

The filling is the most basic treatment to restore a tooth.  A filling removes the decay and replaces it with a hard material.  It can be small or large depending on the amount and location of the decay on the tooth.

When a filling gets too big and there is not enough healthy tooth left to hold a filling, Kevin Bacon will need a crown.  A crown (sometimes called a cap) is a hat that looks like and fits over a tooth, after the decay has been removed.

If decay has reached the root of the tooth, a root canal is performed.  A root canal removes the infected root fluid (pulp) and replaces it with a substance to stabilize the tooth.  If Mr. Bacon requires a root canal, he will also require a crown to protect that remaining surface of the tooth that is exposed after the root canal.

If tooth decay is severe and the gums are also comprised (unable to hold the tooth in place) a root canal is not an option.  The tooth must be removed.  This is an extraction.

If Mr. Bacon looses a tooth, he has options with what he’d like to do with the remaining open space in his mouth.  He may choose an implant.   An implant is a fake tooth that is attached by a post that’s screwed into your jaw bone.

Lastly, if a majority of teeth are lost to decay, removable dentures (partial or full) are an option.

And, next time Kevin Bacon stops by the Smile offices, we will be sure to let you know!